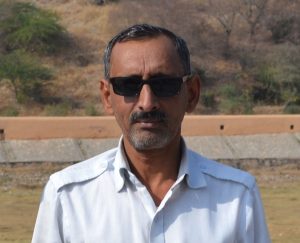 I have had a great trip, thanks to the relaxed start with a three days visit to the Golden Triangle (Delhi / Agra, Jaipur) with Sunil (nickname Pandit) as my driver. I have travelled around on my own for 10 days. I have done this before, but it was my first time in India. It was a pleasant start.

Sunil is a friendly and quite person. We agreed on the programme in good consultation but sometimes it had to be adjusted. I felt myself safe in Sunil’s car, passing through the chaotic traffic. In those three days I have nearly seen everything that I wanted to see. As a thankyou I have given Sunil a tip. The first morning we have driven from Delhi to Agra. I have spent the afternoon by visiting the Taj Mahal and the Red Fortress. Sunil had arranged a tour guide who has showed me around and also spoke good English. The next morning we have left on time for a long trip to Jaipur. We have stopped in Fatehpur Sikri – Keoladeo Park – Abhaneri and at the end of the day we arrived in Jaipur.

Instead of travelling back with Sunil to Delhi, I have taken the train from Jaipur to Jodhpur. Sunil has brought me to the train in the early morning. Travelling by train was fine, some weeks before I had booked my ticket online. The train left on time (6 AM) and also arrived on time. A part of the train journey went along a salt lake, it was special to see that from so close. 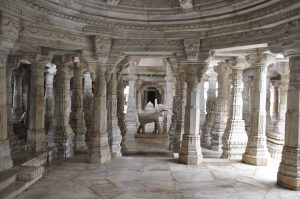 After Jodhpur I have driven together with a private driver to Udaipur. The driver and the car were booked via my accommodation. On our way to Udaipur we have stopped in Ranakpur for visiting a temple and in Kumbhalgarh for visiting a fortress. The environment was different from that in Jodhpur. The sights and the car ride were spectacular.

In Udaipur I have done a cooking class at Shashi, where I have prepared a lot of different Indian appetizers and that we have eaten together at the end. I have also made a bicycle trip with a guide (via artofbicylcetrips) outside of the city through small villages and along beautiful lakes.

I have flown back to Delhi with a domestic flight. In Delhi I have made a bicycle trip through the old parts of the city. In New Delhi I have visited an NGO, the Hope project. The NGO organised a tour through Nizzamuddin Basti.