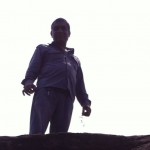 We, Victor and family (six adults), made a beautiful journey through India in July, August 2015. The traffic was at times ‘incredible’ indeed, and that is why I am glad that we came in touch with Mr Rattan’s taxi service. Our driver, Mr Suresh Chand, was very experienced. After collecting us at the airport it was soon clear that we could take part in the traffic without qualms the next few weeks. Gauging the behaviour of the cows on the roads is something I would not master myself very quickly, let alone all other unforeseen circumstances. Apart from being a good driver Mr Suresh was also very helpful and he gave us a lot of information. He knew his way around every city. As we had booked our hotels before getting in contact with India Individueel, he was not familiar with all the hotels, but he was well-prepared every time.

Eightteen days
He took us to the night train in Delhi and collected us in Jaisalmer three days later to take us to Rajasthan and via Agra and Khajuraho to Varanasi the next 18 days. From there via Orccha back to Delhi again. Many miles but always quite comfortable. Although the roads were not always very good, oncoming traffic came from all corners and there were obstacles everywhere, I have not felt uncomfortable for a moment.

Sunset Point
We have seen all beautiful things we planned, but Mr Suresh’ suggestions contributed even more. The sunset point in Agra for example! After returning to Delhi we met Mr Rattan as well. He was also a very friendly man. Both clearly have their hearts in the business and they will do their utmost to make their guests’ (you feel much more than a client) stay as comfortable as possible.